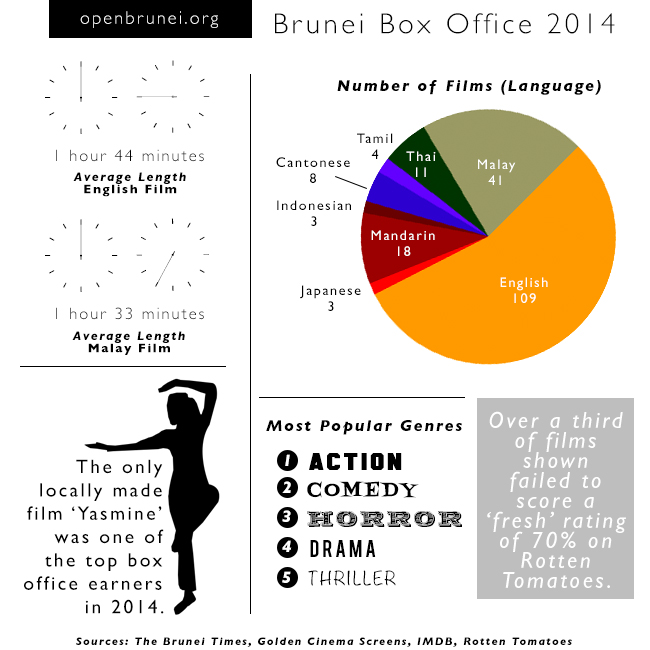 Data at a glance:

Further research of films distributed in Brunei could also cover:

Data was collected manually. Please comment below or email if there are any errors.