Perspectives brings together different voices on a topic. In this post we look at attitudes towards skin colour in Brunei, from Tasya’s reflections on skin whitening, to Santika’s burgeoning interest on perceptions of skin colour, finally Columnist in his essay on binary oppositions and ideals.

If you’ve grown up in Brunei, tell me you’ve never, ever heard anyone complain about their skin colour, or someone commenting on another person’s skin colour. Try. Go ahead. Year after year I’ve been surrounded by girls and women who, understandably, take care of their skin. And a lot of people include the routine of whitening their skin. – Tasya

We don’t say tanned in Malay; the discourse, the literary term is putih and hitam. – Santika 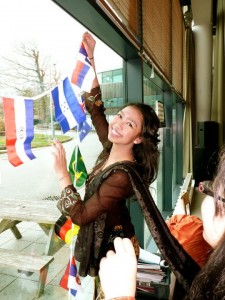 Final year student Santika Apri discusses how her joint honours at the University of Exeter in English and Geography, led her into research on the perception of skin colour within Malay society in Brunei Darussalam.

How the idea came about

I am currently working on a Geography dissertation. Under the pressure of time, I wrote a list of the things I am really interested in. A pattern was the representation of women’s appearances. This included the usual: fashion, makeup, bodily representations in the media.

Korean cosmetics just started booming a couple of years ago and I thought… “WHY?” Skin whitening BB-creams was, at some point, a beauty essential and it’s still rather popular today.

I read into a lot of articles and academic journals and there was plenty of research done on skin whitening amongst a sample of Chinese, Japanese, Filipinos, Indians and Africans but none (that I could find) was about Malays. So, boom, I had it! An opportunity to contribute knowledge about Malays in Brunei. For English, one of the module readings was a novel called “The Beetle“. I highly recommend it to everyone, it is absolutely bizzarre, and one of the themes is centralised on Orientalism. Written during the period of British Imperialism, the orient is represented based on nineteenth-century imperial discourse. The orient is described as having yellow and ugly skin that not only distinguishes his physical appearance as different but also evil and dangerous. There is a constant paradox between the ways the British and the Other was represented especially with regards to white and yellow skin, good and evil, modernity and barbarism, etc.

In most contexts even way before the time of British imperialism, the positive connotations of whiteness and negative associations to darkness can be dated centuries ago in many cultures. My dissertation incorporates these theoretical perspectives to explore Malays’ associations of skin colour and how it came to be so.

Before Jerudong International School (JIS), I was in Paduka Seri Begawan Sultan Science College (MS). In MS, the majority of students were Asians and there was a general fear of physical education. when we were forced to play sports outdoors especially if it was a bright, cloudless, sunny day. If we had the choice between going outside or staying inside, the majority would stay not only due to the heat but also the fear of getting darker. Having moved to JIS for A-Levels was a weird transition for me. There wasn’t a fear of getting dark, but a fear of being burnt in the sun. My Caucasian friends would wear sunblock to enable them to be out in the sun and go shades darker and retain it without being burnt causing skin dryness and peeling. Back in MS, we lather sunblock on with the hopes of not getting dark. When the sun is out in the UK, everyone rushes to go to the beach and hopefully get a tan. It is an eye-opening experience being assimilated to different cultural environments and I’ve learnt that there’s different perceptions of beauty and attractiveness for different people.

We don’t say tanned in Malay; the everyday discourse we use – the terms we use to describe people – are usually putih and hitam. “Makin hitam,” people say, usually as a negative remark. But no, you don’t get black. Some people get really tanned but no, not black. On the contrary, people generally call fair skin “putih”, which means white, and it is positively received if someone says it to you.
I know a lot of people with medium, brown skin who would identify themselves as “hitam” and in fact some people with fair skin who too think themselves dark. We use contrasting words, “hitam” and “putih,” black and white but no one or even rarely people say tanned or “kuning langsat”.

I was afraid of the potential of this research being sensitive, because skin lightening isn’t just an element of beauty. It poses issues about social processes, class and gender. But after talking about it with several friends, though some people were shy, none were offended about it. Skin lightening is a norm in our society and I’m thankful for those who has participated in my interviews and questionnaires.

For more information about the University of Exeter and Santika’s experiences so far, check out the full interview here.

On perspectives of skin colour by Columnist

When Faiq invited me to write a post on perspectives of skin colour in Brunei, my immediate thoughts were on binary oppositions. What binary opposites allow us to do is to put two terms in juxtaposition as an approach to understand concepts: I know what dark or darkness is because I know what light is. Dark is the absence of light. There is a tendency for this opposition to be hierarchical – light symbolising good and dark symbolising evil or the absence of good. This way of thinking is problematic because when we start thinking in terms of strict structures which produce hierarchy, we allow for one to dominate the other. 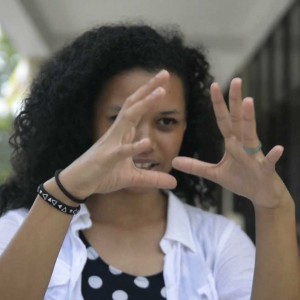 Perhaps it is the question of values – what values do we ascribe to ourselves or what values we should live by. At the 4:38 mark in Tasya’s interview, you see her gesture with her hands and say two very crucial terms ‘whole’ and ‘perfect ideal’. It is perhaps part of our human condition to be anxious about seeing ourselves on a journey to becoming whole based on a perfect ideal. We always want to feel complete or completed by something as though presently we are continuously searching. This value of wholeness is prevalent in modern ways of thinking about the self.

There is a tendency to think in terms of becoming a better person through a certain kind of telos and objectivity: there is an end-goal which awaits us. Complicit in this way of thinking is feeling of security with quantifiable things – weight control is measured in calories, intellect can be measured in an array of terminology based on numbers, there is even a measure of our wellbeing in terms of gross national happiness. The count keeps us in check, the numbers anaesthetises our anxiety, and therefore there is an illusion of an eliminating uncertainty – an impression of having our entire lives under our complete control.

Perhaps to assume better control, we then consume anecdotes of “self-improvement” by the media intoxicated by the idea of perfection, we enrol in educational institutions obsessed with objectivity and goals of “self-development”, an inclination to “better” ourselves turning our lives into a catharsis of what we don’t want to be, based on our fixation with numbers. This mindless fascination about becoming whole and that at some point there is a phase of completion makes us binge on a placebo of what is meaningful – this is the overdose of the quantifiable self. This way of thinking is deeply rooted in our ways of being. Perhaps there is an inheritance from Abrahamic religious ideology where life on earth is not only temporary but also a pathway to redemption to an afterlife – a sense of journeying to the perfect place. Or there is also line traced back to Plato’s ideas where there exists perfection and ideal forms in the metaphysical world which life on earth are mere imperfect imitations of.

This way of thinking, this perpetual dissatisfaction based on the journey to something other worldly blinds us from difference and the aforementioned multiplicity of the here and now. Acknowledging multiplicity can often involve the recognition of the tacit, latent and inarticulable. What is beauty? There is no single answer, yet it is neither relativistic nor meaningless. Thinking about beauty smashes the confines of binary opposites, it intensifies our anxiety over the inexpressible or immeasurable, and beauty itself does not lie on a linear progression on the way to something. Perhaps our perceptions on skin colour in Brunei is a reflection on how we are caught in the grip of two things: our ways of thinking in terms of opposites which is then perpetuated by our obsession of the complete ideal.

Read the full essay by Columnist

What are your thoughts?