Guest Article by Nissia Paramitha
April 12, 2013
This piece was written in response to Perspectives: Skin Colour in Brunei. 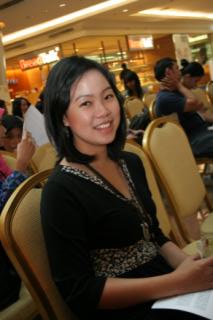 I’m  currently working for Cosmopolitan Indonesia as a reporter and it is my first job. For two years I have been working as a lifestyle journalist. One day, I read a post by Faiq on Facebook. It talked about skin colour, and how people see white skin as beautiful and how advertisements brainwash people to have such skin colour.

At that time, I was shocked and finally realised it is a reality people are not aware of. In Indonesia we are used to seeing people use whitening body lotion and we perceive it as proper. Being in the lifestyle area for Cosmopolitan Indonesia has made me more aware that some people worship this kind of beauty in their life. They will do anything for the sake of beauty.

I‘m born Indonesian Chinese. In Indonesia, Chinese can be divided into two major races: Totok and Babah/Peranakan. Totok is defined as Indonesian Chinese whose ancestry can be traced to mainland China, whereas Chinese Peranakan are married to the native Indonesians. Chinese Totok have Chinese customs such as speaking Chinese, celebrating Chinese New Year, and are generally Buddhist. Contrary to that, Chinese Peranakan don’t have that culture anymore. So, they look Chinese physically but don’t have that tradition.

Most Indonesian Chinese are Totok and have white skin, whereas Chinese Peranakan, like me, are kuning langsat (editors note: this term is used to describe skin colour in South East Asian countries. It refers to the colour of the protective skin on the langsat fruit). Generally we are just called Indonesian Chinese. I have been raised in a Chinese environment until senior highschool. I met many native Indonesian friends when I was in the university and now at the place I am working.

I have experienced the same thing as Santika, when I had physical exercise class under the bright sun, most female students were reluctant to go. Some of them were afraid of getting darker and some didn’t prefer to do sport at all, which I think is the same reason.

Another funny thing about skin colour happened in my office since I am considered white. Last time I was on duty to Ambon, East Indonesia it was utterly hot and I was getting darker. When my colleagues saw me back in the office, the first day after I came back, they were all surprised. One funny colleague J, who is native Indonesian and has brown skin, asked me:

J: Kenapa jadi hitam? Tidak pakai sunblock ya? (Why did you become darker? Didn’t you use the sunblock?)

J: Berapa SPFnya? (What was the SPF?)

J was also told by her mom to marry a white guy. Her mom told J that since she is dark their children will have lighter skin. Of course we all laughed when she told us this. Another friend brought his girlfriend to meet his parents, this girl is kuning langsat, not brown skin. After she left, his mom commented:

Kok kulitnya gelap sih? (Her skin is dark isn’t it?)

It was so hurtful. Does it really matter? Ironic! Believe it or not, that’s the situation, kuning langsat is still considered gelap (dark). This topic has been a major issue in some countries where skin color is not actually white. Native Indonesian skin colour is brown like Anggun Cipta Sasmi which sometimes can turn lighter to an olive colour or kuning langsat.  However, it’s a fact that most people here just call it hitam (black) or putih (white) even those who are kuning langsat are called hitam (black).

Actually, everything starts with perception. Perception might be different from one person to another, from one country to another. For example, in Indonesia, people who go into science class in high school are called smart and those who go to social class are considered less smart. Thus, many people here would like to choose science as their major. Is it true that people who take social class are less smart? Of course not. That is perception. The same goes with beauty.

Most women have their own perception of beauty. Beauty is white skin, big eyes, long hair, tall and skinny. That is the most popular view of beauty. So, where does this perception come from? Through our daily life, who we spend our childhood with, how we see ourself, and definitely through the media.

I can say the media is a bad influence since it images are consumptive and hedonistic, it influences us to become what we see in advertising. For many years now in Indonesia I notice it has been heavily advertised that beauty is white skin. Whitening products are massively produced and make a big revenue. And finally, they succeed in brainwashing all of us that beauty is white skin.

Self-image is influenced by something in their environment. My cousins who live in a small city doesn’t get too influenced by the modern styles in the big city when it comes to hairstyle, makeup or beauty products. Whereas living in a big city like Jakarta, people pathetically judge others from what they can seen: body shape, beauty, car, social position. Therefore, living within such conditions in the big city, people who aren’t strong enough must have their self-image formed with such things. Miserable, but that’s a fact.

The characteristic of the group you belong to is also influential. Somebody who never cares about their appearance, who never cares for branded items, and who suddenly comes into a group where they stand out for their appearance, would be influenced by the group. Humans are very sensitive to rejection and crave acceptance. Being similar to a group where a person needs to belong is a way to receive acceptance. The same goes for beauty, sometimes they do it because they are influenced by their environment.

The Influence of Media

I’m currently working on lifestyle magazine which has an ideal figure of a woman: curvy body shape, gaunt cheeks, tall, and skinny. Turning page by page of the magazine sometimes makes me (unconsciously) want to have that figure. At first I didn’t realise the changes in me, I became very sensitive to my body weight which never happened when I was teenager and when I was at university. At that time I ate a lot and I didn’t care about weight.
Nonetheless, I was still skinny back then 😛 So, the images, came into my subconscious and influenced my brain to have that kind of ideal shape. I think the same goes with advertisement through the media, it brainwashes and gets into the subconscious that beauty is white skin. So, is it a mistake to use whitening products?

Is it a mistake to use whitening product? Of course not. Obsession to one figure is the root. By being obsessed, humans turn themselves to be that figure. I agree. that all women should look beautiful but, how do you define “beauty” itself is a major problem. Most women have a certain figure which they will follow to meet their perception of “beauty”. Beauty never exists, it only exists in your mind. I want to be like this and this, according to the picture in your mind. Whereas, people might not see you, as you see yourself especially when it comes to beauty. It’s too relative, since it doesn’t exist.

Sometimes it’s difficult to draw the line between “I want to look better” and “Not accepting yourself as you should be.” However, there should be a strict line. There must be a mindset and border to differentiate whether you should or shouldn’t do something. For myself, I won’t do something if it is harmful, even though if it is in the name of beauty. Here, people not only are using whitening products but are also injecting their skin with chemicals to make it lighter. Using beauty products until it affects self-image, so it becomes a burden to yourself, is not a good way to improve your self-image.

Many people here in Indonesia desperately want to be pretty. They do small things such as using lotion and makeup right, until bigger things like injections and surgery. I see this as a mistake. However, my view on makeup is more moderate, just daily light makeup. I remember once my boss interviewed a newbie reporter and after that she shouted to all of us:

So, I agree that women need makeup to make their face more fresh.

Despite all the history of white and black skin, reality shows that white skin has been glorified for many many years now. One big question is: What if you born with non-white skin? Will you bleach your skin? Of course it’s not a solution. We should be grateful with what we have and shouldn’t change ourselves into anything else. Sounds cliché but that’s true.

What most people do not realize is that what is inside your mind is more important than what people think about you. Your mind is powerful. Positive self-image is important since it affects your behaviour  We can’t blame advertising since they making money from it. Have a positive self-image and strong mindset to be resistant against the bad influences around us.