Tourists for a day: Positives and negatives

By Submarine Project Team on October 17, 2013
This post is a companion article to our main post: Tourists for a Day: Experiencing Tourism in Brunei
+–Contents

Recent Developments (back to Top)

Not along after our trip, we found some further information regarding the availability of buses at airport:

In August 2013, the “Bore-Nei” video by Monkeetime received some attention. We worried a little that our video might be similar to it, and also, it was a video by an actual tourist; but fortunately they are not similar. 🙂

Here are our findings for the three areas:

Arriving at the Airport (back to Top)

The Brunei International Airport is the primary commercial airport in Brunei, and is the major entry point for many travelers. At the time of our visit, the airport had recently completed Phase 1 (Car Park) of the expansions and renovations.

We started from the Arrival Hall of the airport, trying to find out if information is clear for visitors. Below are leaflets and brochures (left, centre) available at the Brunei Tourism counter at that time. Currently, at the new information counter, maps (right) are provided by the Survey Department. 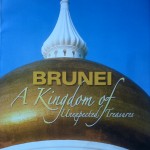 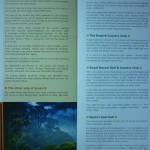 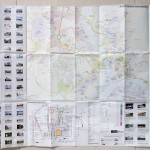 Finding Transportation (back to Top)

Public transport in Brunei is often not used by locals, who tend to own their own cars. An important thing to note, when getting into the mind-frame of tourists, is that visitors to Brunei do not all have their transport arrangements sorted out for them.

We were careful not to look up any transport information in advance, preferring to find out if such information is easily available to tourists. Below is a map of bus routes (centre) at Bandar Seri Begawan bus terminal and taxi fares (right) from Brunei International Airport. 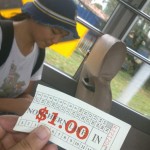 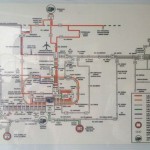 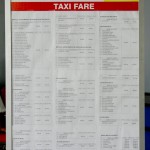 Navigating BSB (back to Top)

Bandar Seri Begawan, the capital of Brunei, is the home of Brunei’s main landmarks such as Kampong Ayer and the Sultan Omar Ali Saifuddien mosque. It is not, however, a favourite with locals for shopping and dining. The Gadong, Kiulap, and the Times Square areas are far more lively with their wider variety of eateries, shops and cinemas.

Nevertheless, due to tourism marketing or just lack of up-to-date visitor information, tourists tend to end up in Bandar Seri Begawan.

In the final stage of our journey, we arrived at the bus station in Bandar Seri Begawan (left). From there, we made our way to the final destination, the Kampong Ayer Cultural and Tourism Gallery (centre) and walked around the housing close by (right). 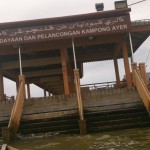 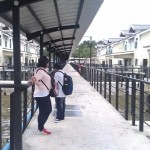 Post-Mortem (back to Top)

It was hard, as locals, to really capture the frustrations faced by actual tourists, because:

To watch the video and read our conclusions, read the main post here.

The Submarine Project Team is: